Surprise! We are having a sorority Facebook like-off competition! We will post pictures that say “(sorority) ❤ the Victoria’s Secret Fashion Show”. Whichever picture receives the most likes will win! The winning sorority will win Victoria’s Secret Reward Cards for every member in their sorority. These cards have a secret amount from $10-$100 or MORE! Every card is a winner! The winning sorority will be able to pick up their Rewards Cards at the Fashion Show Viewing Party at Potbelly’s, December 4 at 9 p.m. If your sorority wins just let us know you are with the winning sorority at the viewing party! The competition will go until 9 p.m. when  the party starts! May the best sorority win!

And if you’re not in a sorority you will still have opportunities to win Secret Rewards cards at the Viewing Party by showing us you like us on Facebook. Rewards Cards will also be part of our PINK Pong prizes!

The Victoria Secret Fashion Show is a prime time television event like no other. Originally the fashion shows occurred around Valentines day as a marketing technique in the 1990’s, and were not aired on national television. The first was in 1995 at the iconic Plaza hotel in NYC. In the later 1990’s and early 2000’s the fashion shows moved to the web. In 2001, the Victoria Secret Fashion Show moved to around the Christmas Holiday season and made its debut airing on ABC. Every year after that, the fashion show has aired on CBS except in 2004 where instead of a traditional annual fashion show, the models did an “Angels Across America Tour”, where they visited many hot locations across the USA promoting Victoria Secret. 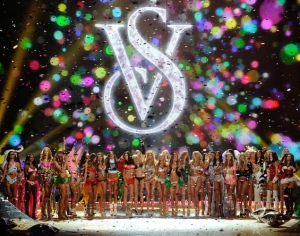 The fashion show has been held in a number of hit locations including Miami, Los Angeles and of course New York City. Every year the show becomes bigger, better and more lavish than the year before though various celebrities, set design, theme, costume and music. Musical acts include Spice Girls, Kanye West, Destiny’s Child and Mary J Blige. A group of 20 to 40 of the hottest models every year are hand picked to model, and become the world renown Victoria Secret Angels.

In 2006 Victoria Secret PINK made its debut into the show!

Something to watch for is the Fantasy Bra. Every year a different high end jewelry designer is picked to bedazzle and glorify a bra and one of the top Angels is picked to wear. Angels who have worn the Fantasy Bras include Tyra Banks, Heidi Klum and Adriana Lima. The bra is used as a centerpiece for the event. These bras are for sale, as the ultimate gift, but to date only one has sold due to their extreme price tag. 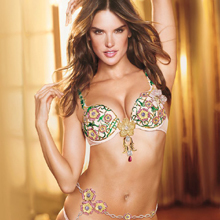 This year, the Victoria Secret Fashion Show will be held in New York City featuring artist Rihanna, Justin Bieber and Bruno Mars. Make sure you watch out for this year’s Fantasy Bra, the Floral Fantasy Bra being worn by Alessandra Ambrosio being valued at $2,500,000. The Victoria Secret Fashion Show airs on CBS on December 4th at 10pm! Visit Victoriasecret.com/fashionshow and see how to train like an Angel, how to earn your wings and see exclusive sneak peek footage!

Join your Victoria Secret PINK campus reps for the viewing party at Pots! Doors open at 9pm! Come out for exclusive free merchandise, games, raffles and a whole lot of fun

You don’t want to miss the best fashion show of the year…The Victoria’s Secret Fashion Show!

The airing is at 10 p.m. and Victoria’s Secret PINK at FSU is hosting a viewing party at Pot’s! We will have raffles and prizes throughout the event! This year’s performing artists are Bruno Mars, Rihanna and Justin Bieber! 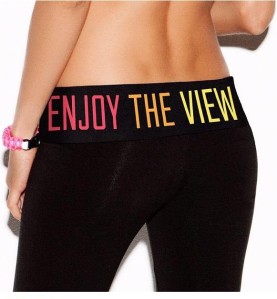 *Next 20 people win Raglan shirts!
*During commercial breaks we are raffling Lace Bralettes and a Flirt Bra (be sure to like us on Facebook to get a raffle ticket) 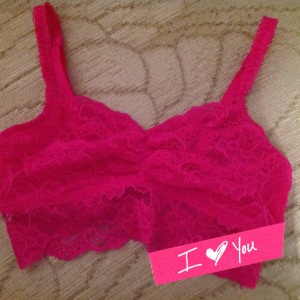 Doors open at 9 p.m. Cover is $2.
See VS Fashion Show behind the scenes footage!
Use hashtag: #VSFashionShow
RSVP to our Facebook invitation! 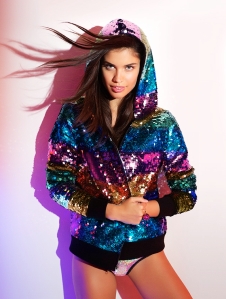 We hope to see you there!
PINKLOVE,
Avery & Brianna